Our favorite game of childhood was making the paper planes and having race between different planes. While playing that, we all fantasized about becoming an aeronautical engineer to make large real planes or to be a pilot of a real large plane. Those dreams might not have come true, but still, you can make a variety of paper planes and earn money along with awards. On the other hand, those people who have children of 5-10 year age and come across difficulties while making their child learn the games and creatively pass the time, will find this quite handy to make planes and make their kids learn it. Children not only enjoy playing such games but also tend to learn different phenomenon of nature scientifically. Few teachers can quickly teach, with the help of such paper airplanes, a various complex phenomenon of nature like Aerodynamics and Aeronautics quite easily. But how all such ideas will transmit into physical reality? 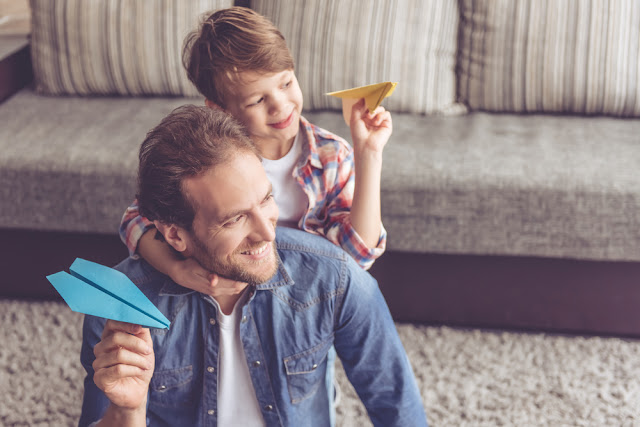 How will paper planes be made for different situations? You all will question yourself that how all this can make?
So let’s go further into it and get all the queries replied.

Points to pondered while making the paper airplane.

How paper planes made.

To make paper planes, we must know the art of folding paper. You all must be thinking that what's the problem in the folding paper? Let me tell you that it’s art, known as Origami in Japanese and also called Oragami at some other places.
We are all aware that any paper whether thick or thin, big or small, can only be folded maximum seven times. It’s impossible to wrap it more.

How to fold the paper while making a paper plane.

Folding a piece of paper is simple. Just a few things must be ensured before, which enlisted below.
1.       The paper must place on a flat surface.
2.       The paper must be straight.
3.       Paper must of the same dimension from all sides
4.       Guidelines could be made on paper if any difficulty encountered while folding.
5.       If you are not able to draw the lines by yourselves, then you can download the templates through this link or can directly print the lines on paper.

A lot more are also there which can be found here on this blog.

Things to be contemplated while flying a paper plane. 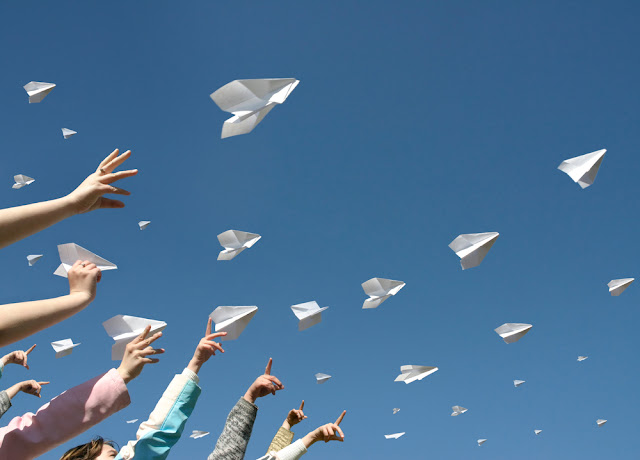 Firstly it is to be ensured that you don’t make the paper plane fly in the direction of any bird, animal, human, etc. because its pointed and can harm anyone.

Secondly, while flying the paper plane can go in any direction in any way. So this thing must also be taken care.

1.  In the year 2014, a motion picture was made based on the concept of love of an Australian child towards flying the paper plane with the same name Paper Planes.
2. A cocktail called Paper Plane is also available.
3. British Rapper Mia has sung a song titled paper planes.
4. A cocktail bar series called paper planes is also available.
5. Paper airplanes first made in ancient China.
6. The first paper airplane was built and flew by Leonardo Da Vinci.
7. Leonardo da Vinci was first to notice that the drag force of air can use to operate such things like Paper planes. A century later Galileo ascertained that velocity and drag force are proportional.

Upcoming on the plane of paper:

How to win awards through Paper airplanes.

1. To get the award through the paper planes, you must learn first how to make paper airplanes professionally, from this site.

2. Then you will have to participate and win a national level paper airplane flying competition.

3. Then you would take part in an International level competition.

4. You can register all that from the official site of Red Bull paper wings.

4. In red bull paper wing competition, you are supposed to make the paper airplane from an A4 size paper sheet provided by the officials to you there only.
Along with this, you can learn many other interesting things on this website like how to make flowers, animals, alphabets and many other decorative items with the help of origami. Keep in touch with us for more fun and learning. You can like us on Facebook and follow on Twitter to get updates of paper planes regularly.

Using Adobe Spark for Creativity in t…
Culturing hanginan, another commercia…
“The Friend Who May Not Seem a Friend…
What Causes Bed Bugs?
Rose Rollins protagonizará nueva seri…


This post first appeared on Paper Planes, please read the originial post: here
People also like
Using Adobe Spark for Creativity in the Classroom
Culturing hanginan, another commercially important sea cucumber species in the Philippines
“The Friend Who May Not Seem a Friend” – The Cat and the Fire, Post 2 of 3
What Causes Bed Bugs?
Rose Rollins protagonizará nueva serie con personajes lésbicos
Self Motivation: How to Keep Moving Forward In Your Career or Business
Why Lawyers Use Legal Pads?