Vice President Yemi Osinbajo described Benue state governor Samuel Ortom's statement that he warned that killing the  herdsmen is a "terrible lie," according to a report by the Premium Times. 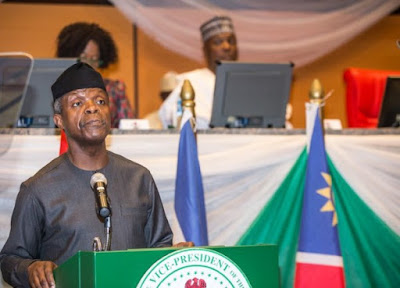 Ortom said earlier that he warned Osinbajo, who was then a acting president, along with police chief inspector, and national security advisor, the Miyet of Allah Kautal Hore plan to stop the peace in the country. state.
Ortom accused the Federal Government of not doing enough, adding that the federal government had left Benue people.