Residents in Makurdi on Wednesday trooped out on the streets to Protest against Tuesday’s attack on some farmers, calling on the presidency to bring the culprits to book. 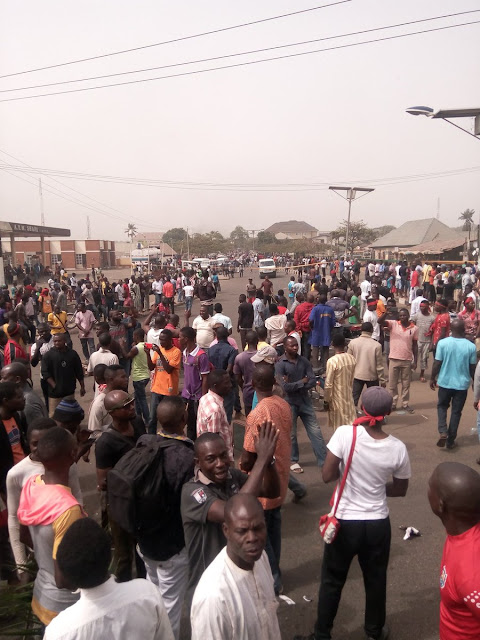 The residents were seen with placards bearing inscriptions such as “presidential intervention needed” and “stop this incessant blood bath”.
Some of the protesters, who shouted on top of their voices, said the Federal Government should intervene and stop the madness.
The protesters, mostly youths, have barricaded most routes leading in and out of the state.
The youth have vowed not to leave the streets until the presidency speaks on the killings.