WE HAVE SO MANY "FEELINGS" ABOUT HAYLEY KIYOKO 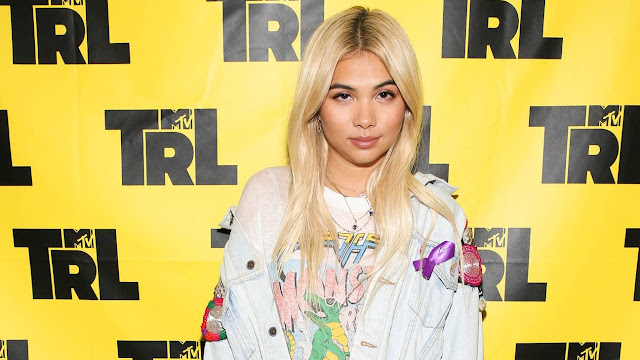 Actress and artist Hayley Kiyoko totally wowed the crowd at TRL today. In honor of Spirit Day, she proudly made the pledge to go purple and spoke her mind about the importance of protecting the LGBT community. "I truly believe that everyone deserves to feel safe in their environment, at school, at home, in their community," she said. "I'm here to encourage everyone to stand up for each other because we need it more than ever. It's important."
After Hayley enthusiastically told Tamara Dhia and Matt Rife about shooting her shot with a cute girl that was in the crowd during her last show in New York, she put her drawing skills to the test in the game Pic This.
Later on, Hayley and Tamara hopped outside in the middle of Times Square for the world premiere of the music video for her newly released single "Feelings". Seeing her watch it live with everyone was too precious.
That's not all Hayley has coming up though! Deadline recently announced that the 26-year-old will be starring in Adam Giuadrone's Five Pointsdrama, a scripted series for Facebook Watch to be produced by Kerry Washington’s Simpson Street and Indigenous Media. We can't wait to see everything that Hayley has in store for us soon!
Tune into TRL on weekdays at 3:30pm ET.

WE HAVE SO MANY "FEELINGS" ABOUT HAYLEY KIYOKO