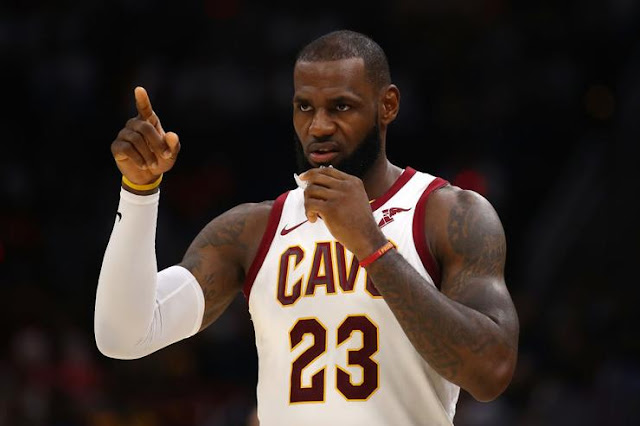 The Cleveland Cavaliers have reportedly been accepted for the North American League of Legends Championship Series, according to ESPN, and the organization has been awarded a franchise spot starting in the 2018 season.
Although the Cavs' application was accepted, the team is required to create a new brand for the league, because they're unable to use the Cavaliers brand due to NBA guidelines.
According to a report by ESPN's Jacob Wolf,

"[The Cavs] will have to pay $13 million in franchise fees for the spot, with $5 million due upon acceptance; $3 million of that buy-in will be contributed to a pool that will be divided and awarded to teams that were removed from the league to make space for new franchise owners."
"The Cavaliers have hired former Call of Duty professional player Matthew "Nadeshot" Haag to oversee operations, sources said. The team is currently recruiting staff to run the League of Legends team ahead of the transfer period opening on Nov. 21."

As Jacob Wolf notes, Dan Gilbert's Cavs aren't the only NBA team that is venturing into esports. Golden State Warriors owner Joe Lacob also obtained a spot at the $13 million price point, as well as one other owner who has not yet been named.
Additionally, both the Cavs and the Warriors will be participating in the NBA 2K18 League in 2018. In fact, the upcoming NBA 2K esports League, a joint project between the NBA and Take-Two Interactive Software, will feature 17 of the 30 NBA teams when the NBA 2K League debuts.
Per ESPN,

"This is the first step in what promises to be an extraordinary league, bringing together the world's best gamers and showcasing elite competition on an international stage," NBA 2K esports league managing director Brendan Donohue said in a statement. "Our teams have expressed tremendous enthusiasm for esports, and we are looking forward to forming something truly unique for basketball and gaming fans around the globe."