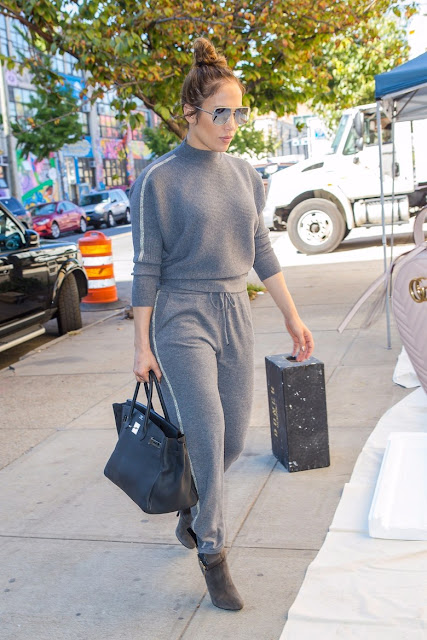 Jennifer Lopez has come a long way since she was Jenny from the Block, not least of all in her fashion sense. These days, her wardrobe is more polished than streetwise, but every now and then, she’ll throw it back in a look that magically combines both. That’s what she did earlier this afternoon when she stepped out in New York wearing a heather grey tracksuit that felt like a modern, grown-up take on the bubblegum-pink Juicy Couture velour separates she made famous in her 2001 music video, “I’m Real.”
Lopez’s sweats were trimmed in a metallic side stripe, which elongated the silhouette and added a diva-appropriate touch of shine. She kept the tone-on-tone message going with silver mirrored shades and suede ankle booties with exposed zippers. The choice of shoe felt more sophisticated than a sneaker, and she took that idea and ran with it by carrying her trusty Hermès Birkin instead of a gym tote.
See this week’s best dressed celebrities: 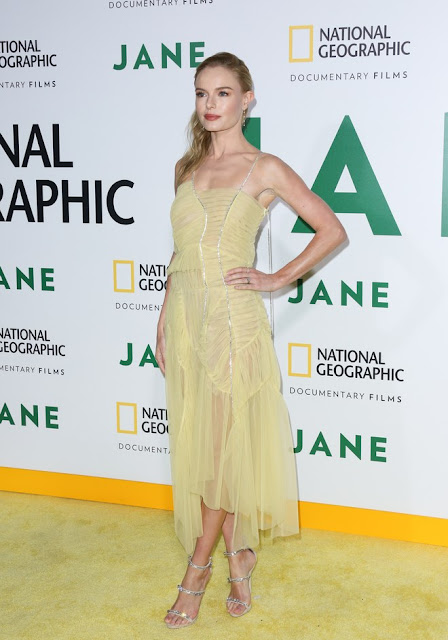