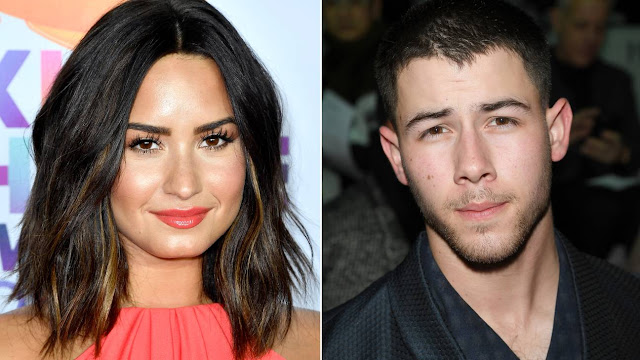 'RUIN THE FRIENDSHIP' HAS SOME SUGGESTIVE LYRICS
Lovatics, today's the day you've been waiting for. After building anticipation all summer, Demi Lovato finally dropped Tell Me You Love Me— her long-awaited follow-up to 2015's Confident — on Friday (September 29). Her sixth album features 12 songs, including the fierce "Sorry Not Sorry," but fans are hung up on one track in particular: "Ruin The Friendship," a slow-burning tune blurring the line between platonic and romantic.

Creating and Selling Digital Products
Telegram Marketing solutions
Tips Mengatasi Ijazah Ditolak Terkait…
How to Build an EV Charging Station F…
Oscar health insurance florida review…
"Your body's looking good tonight / I'm thinking we should cross the line," Lovato croons in the chorus, "Let's ruin the friendship."
Clearly, your girl is done playing subtle. In a recent interview with MTV News correspondent Gaby Wilson, Lovato admitted she wrote "vulnerable" new music about someone fans knew. So when the LP dropped, fans immediately put their thinking caps on. Who could she be singing about?
"I think that everything happens for a reason and certain emotions are felt at certain points in your life, and you don't always have to explain them to people," Lovato said, adding, "So whatever you want to think about it — you go into whatever theories you have — fine. But I know what it's about and who it's about and I'm just going to let it be."
Meanwhile, fans are not letting it be. Lovato told Noisey "Ruin The Friendship" and "Only Forever" — back-to-back tracks off Tell Me You Love Me — were inspired by the same person, and no, that person isn't her ex Wilmer Valderrama. Oh, and that person has also written a song about HER. Swoon!
Armed with this intel, Lovatics fiercely believe the mystery guy is Nick Jonas, Demi's "absolute best friend" of 11 years. Both songs are about falling for a friend, and "Ruin The Friendship" specifically references a guitar-playing, cigar-smoking dude. As Noisey pointed out, guess who plays guitar and smokes cigars?