Lionel Messi has asked Nou Camp chiefs to launch a move for this Manchester city best defender,demand for his signature. 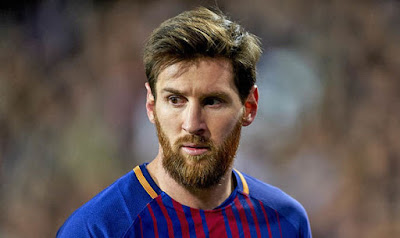 The 20-year-old has caught the eye during a loan spell with La Liga outfit Girona this season and, according to Spanish publication Don Balon, Messi has asked Nou Camp Chiefs to launch a move for his signature.
Maffeo caught the Barcelona superstar’s attention when he impressively man marked him in a league clash last September.
Messi struggled to influence the 3-0 win and was so impressed that he began talking to Maffeo midway through the game.
“He asked me how old I was and if I was a Manchester City fan,” the City loanee said after the match.

“It is very kind (to say that).”
He added: “I had to mark him and I had to be close to him and not watch the ball.
“It is difficult, not just from a football perspective, but also psychologically.
“I appreciate the trust the coach placed in me.”
Maffeo joined City from Espanyol in 2015 but moved back to Spain on loan to Girona last season after making only a handful of appearances.
He has featured 20 times in all competitions for Girona this season and is also capable of playing on the right-hand side of midfield. 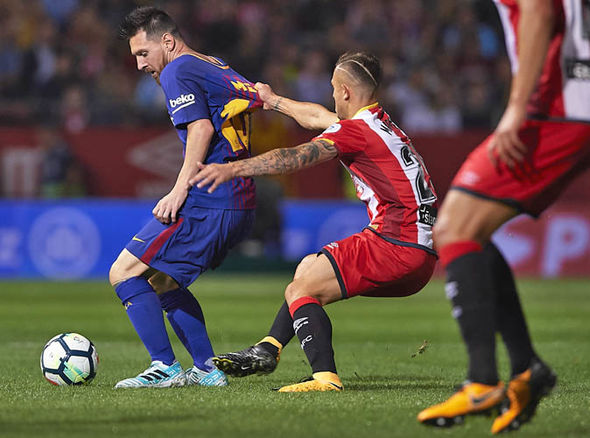 Barcelona boss Ernesto Valverde has mostly used midfielder Sergi Roberto at right-back while Nelson Semedo is also on the club’s books.
But Don Balon claim Messi believes Maffeo is ready to make the step up at the Nou Camp.
The Spain Under-21 international would reportedly cost around £22million (€25m) but it is claimed Messi believes he could make the right-back position his own for the next 10 years


This post first appeared on Entertainment News, please read the originial post: here
People also like
How Gender Equity Impacts the Bottom Line
Why the Riddler is such a good villain for The Batman film
On Death and Subculture
THE DYATLOV PASS MYSTERY SOLVED IN TELUGU || KRANTHI VLOGGER
Hired an Autosleeper Duetto
I Am Tired Of Being Tired – Part II
Self-Care Saturday & Some Favorite Teacher Resource Books!
Gal Pal Circle Spotlight- Dr. Zaiga Phillips
The Neighborhood Bar that Grew Three Times

Lionel Messi has asked Nou Camp chiefs to launch a move for this Manchester city best defender,demand for his signature.