Lionel Messi doesn’t believe he will ever be good friends with Cristiano Ronaldo, he explains. 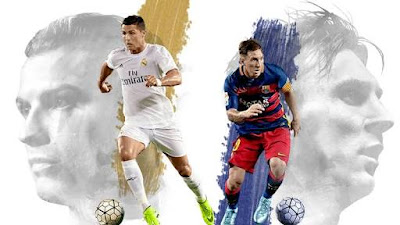 Lionel Messi doesn’t believe he will ever be good friends with Cristiano Ronaldo, despite the Real Madrid star claiming the pair could be pals in the future.
The duo have been rivals throughout their illustrious careers, which has seen them pretty much take it in turns winning the Ballon d’Or since 2008.
They also represent the two powerhouses in Spanish football in Barcelona and Real Madrid, meaning one usually enjoys success at the expense of the other.
The pair have never shown disdain for one another, despite being the figureheads of their rival factions, but on the other hand, they have never had a relationship outside of work.
Despite this Ronaldo has previously said that he could one day be friends with Messi, once the duo have both retired from football.
The Barcelona legend was recently asked if he agrees with Ronaldo, but appears to hold a different opinion to his long-term rival.
“I don’t know if we will be [friends in the future],” Messi told World Soccer magazine.
“Friendship is built through spending time together and getting to know each other.
“We have no relationship, mainly because we only see each other at awards ceremonies, and that’s the only time we speak.
“Everything is fine, but our lives don’t cross very often.”
Angel Di Maria recently spoke out about the duo, and gave his opinion – based on the fact he has played alongside both stars – on who is better.
Speaking to TyC Sports, Di Maria said: “Messi is always the best, he’s the best every year. Cristiano Ronaldo’s a special player, but Messi is from another planet.
“There are no words to describe Messi, he always surprises you.”

Lionel Messi doesn’t believe he will ever be good friends with Cristiano Ronaldo, he explains.