EPL: See How Much Roman Abramovich Has To Pay Manager Conte Before He Gets Him Sacked 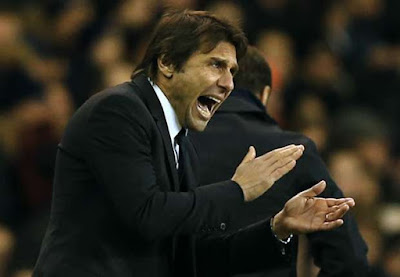 Chelsea owner, Roman Abramovich, would have to cough up a staggering £26.7million in severance pay, to sack Antonio Conte as manager.
Conte’s future at Stamford Bridge is in doubt, following a poor run of results.
UK Mirror reports that the Italian’s future could be decided this month, when they take on Barcelona in the Champions League last 16 and the two Manchester clubs in the league.
The Premier League champions were thrashed 4-1 at Watford on Monday, days after losing 3-0 at home to Bournemouth.
Chelsea are currently fourth, 19 points off the leaders Manchester City.
Conte was rewarded with a bumper new contract last summer that runs until 2021, after guiding the Blues to the championship.
Club director Marina Granovskaia hoped the 48-year-old could “continue to deliver results both domestically and [in] the Champions League.

How Gender Equity Impacts the Bottom …
“The Friend Who May Not Seem a Friend…
Tellaman – Whipped ft. Nasty C & Shek…
All in One Super Entertainer Promo | …
Interview with the legendary comic bo…


This post first appeared on Entertainment News, please read the originial post: here
People also like
How Gender Equity Impacts the Bottom Line
“The Friend Who May Not Seem a Friend”: The Cat and the Fire, Part 1 of 3
Tellaman – Whipped ft. Nasty C & Shekhinah
All in One Super Entertainer Promo | 27th July 2020 | Dhee Champions,Jabardasth,Extra Jabardasth
Interview with the legendary comic book artist and writer William Messner-Loebs

EPL: See How Much Roman Abramovich Has To Pay Manager Conte Before He Gets Him Sacked