In yet another dissing battle between the two Social Media Platforms, namely, Whatsapp and Telegram, we have got a glimpse of the fight on an even larger, third platform, Twitter.

On May 14th, Telegram seemed to have initiated a jibe at WhatsApp along with several other platforms and called it “trash”, albeit covertly. 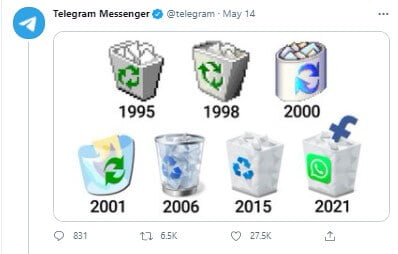 Facebook was also mentioned to be a part of the trash by Telegram, but the former chose to ignore the shade.

This silence was, of course, not the case with WhatsApp. This war of words led to the two Twitter accounts fighting like toddlers. It would come as no shocker even if they forgot the basis of the argument itself. 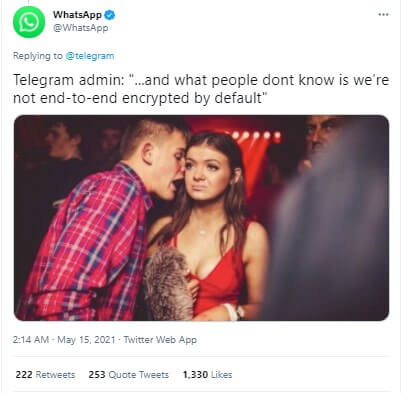 Escalation Of The Argument

The battle was further ignited when WhatsApp targeted Telegram’s end-to-end encryption feature. The former mocked the app’s feature that’s not stored by default.

End-to-end encryption is, in simple terms, the feature that allows a conversation to remain only between the two concerned parties: the user, and the person they are communicating with. No one else can listen in, or read the chats when this feature is valid.

Soon after WhatsApp mocked Telegram’s end-to-end encryption, and the audience simply stood by, watching the entire episode and enjoying every bit of it, Telegram took to Twitter to counter-attack the former. 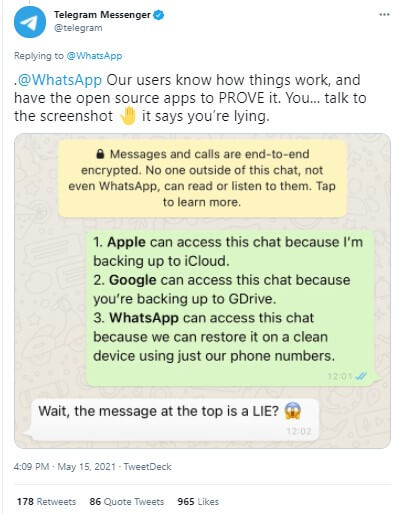 “Our users know how things work and have the open-source apps to PROVE it.” Telegram uppercased the word “prove” thereby asserting its dominance, albeit hilariously.

Furthermore, the handle added, “You…..talk to the screenshot it says you’re lying.”

Space after “you” felt like a drumroll and created anticipation for the climax while the “talk to the screenshot” paralleled BB’s signature dialogue “Talk to my hand”.

Not to forget the hand emoji Telegram used right after the sentence. Left us in splits.

Read More: WhatsApp Encryption Is Not Foolproof; Chats Can Be Accessed In These Ways

Never Back Down Ft. WhatsApp

“*check the calendar. pours coffee*. OK. Let’s do this. No, we can’t see your personal messages. No, we won’t delete your account. Yes, you can accept it at any time.”

Whatsapp fought back with equal gusto with its top-notch mockery and sarcastic approach.

As soon as WhatsApp was done with its coffee break, Signal, another cross-platform messaging app joined into the conversation (battle of words rather).

It called out WhatsApp for its terrible end-to-end encryption and started self-promoting. “*check the calendar. pours coffee.* Today’s a great day to switch to privacy.”  It appears as if no platform plans to leave any stone unturned when it comes to mocking the other. 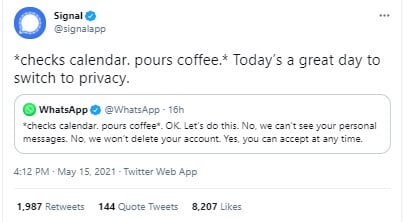 This being said, the dissing battle has been nothing short of a movie, with just enough masala to get us going.

Whether one app’s better than the other is unknown. But one thing is for sure, neither of the parties is willing to back down, or give up their childish antiques.

The dramatic, and passionate lover’s spat between these two apps is here to stay and we are, hands down, ready for it!

Twitteratis did not disappoint. As soon as the drama unfolded, a huge shower of memes started pouring in. 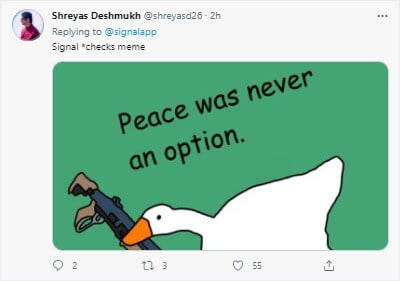 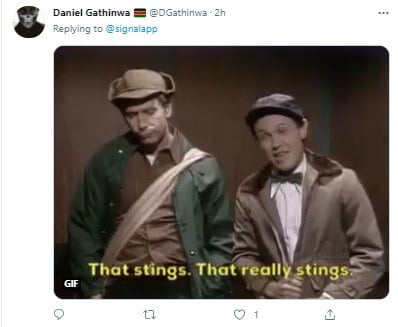 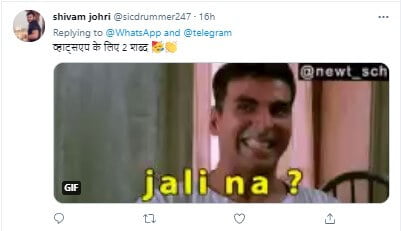 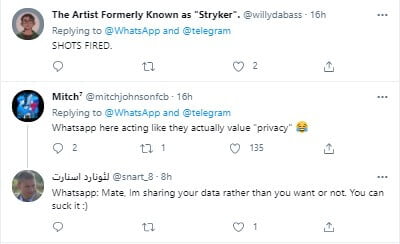 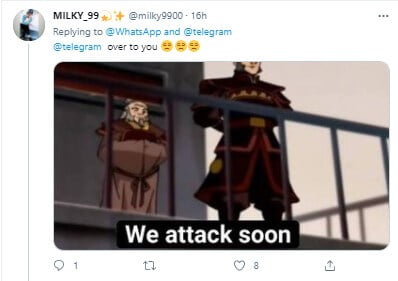 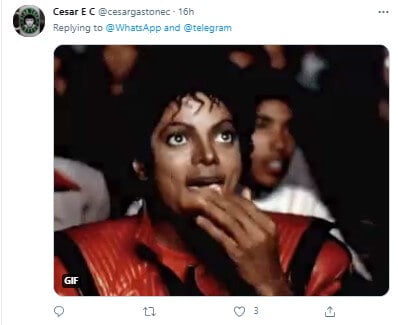 all of us witnessing the episode:

Along with the memes, a free flow of mockery and jibes took place. The healthy jokes between the fans of the two apps did escalate to a whole new level at some instances, but everything eventually went back to normal.

The episode ended on a funny, light note. But only for the fans. Not for the two parties involved. It’s safe to say more drama ensues sooner than later.