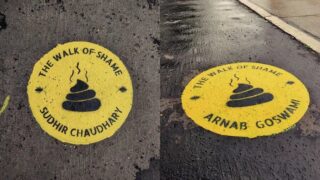 Who would’ve thought India would have its own ‘Walk of Shame‘?

A popular Mumbai-based street artist and Instagram influencer has created a Hollywood inspired Indian version of the ‘Walk of Shame‘. It calls out accused public figures, celebrities or other such propagandists who have disappointed the public of our nation by embedding their names with poop and roaches.

Driving a Car Christian Dream Meaning
It’s Me – Chapter 12
The Trick to Always Looking Sexy for …
How to Develop an Educational App?
The EIGHTH Review I A complex, fun, a…

The concept started with Hollywood’s Walk of Fame, with 2690 bedazzled terrazzo and brass stars highlighting celebrity names on the sidewalks of the city.

What’s the significance and intention behind the Walk of Shame? 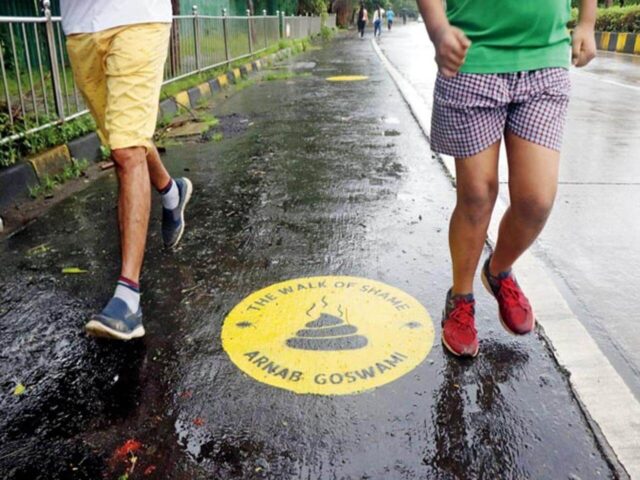 There are many political actors, celebrities and other controversial public figures who have dissatisfied the public or spread false propagandas who need to be called out.

The idea is to mortify such names in the form of street art on sidewalks which will have more of an impact than Keyboard Activism.

(Keyboard activism is voicing dissent through the medium of the internet instead of engaging in proactive dissent. It is often related to passive-aggressive actions which fail to connect opinions with logic.)

PAUSE FOR THE CAUSE

The street artist, Tyler, told Vice in an interview, “The idea behind this initiative is to connect people, by calling out the shameless public figures in the most non-violent way.”

The Instagram influencer Tyler is also known as Mumbai’s Banksy for his work of art. He believes that street art will connect with a larger public on various issues which corrupt our society.

Street art dissent will be like a public sponsored way of expression on many issues, connecting with people of all ages.

In his Walk of Shame, he highlights the name with poop and roaches.

Who decides the problematic figures that need to be called out?

Just like Tyler’s words suggest, it will be the public who decides it. He will merely be a medium in voicing what the masses want.

He asks people through his Instagram profile, “Who’s next?“.

People comment on thousands of names they feel need to be humiliated and then he takes a poll through stories.

Here’s how it happens: 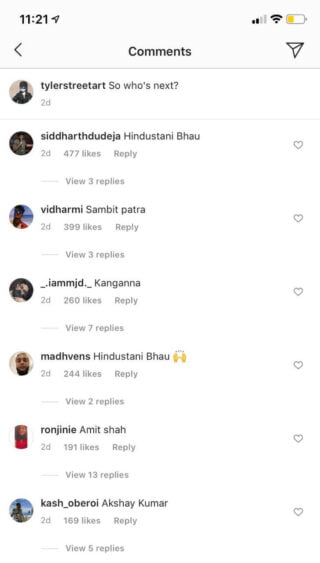 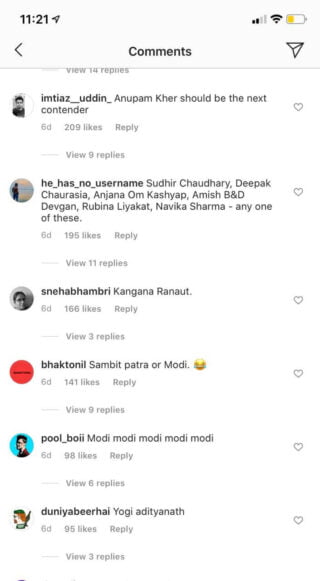 Who do you think we’ll see next on our very own ‘Walk of Shame’? Would you voice the problematic figures that you think need to be featured?