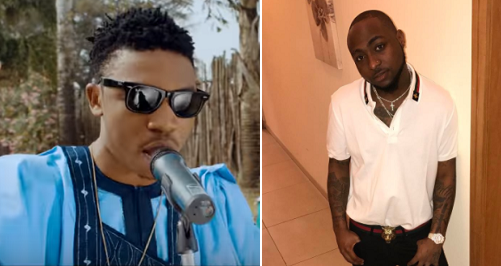 DMW Artiste, Mayorkun has said he broke up with his girlfriend two months before he was signed at his Davido-led record label.

This is coming after there were rumors that his latest song, SADE was inspired by a girlfriend who bears the name, Sade.

He says the single was the work of fiction. Mayorkun who rapidly hit stardom after signing for Davido‘s record label DMW, revealed that he wrote the song purely to entertain his fans and not to serenade any girlfriend named Sade.

According to Mayorkun, he broke up with his girlfriend two months before he was signed to DMW, due to his busy schedule while he worked as a banker.

“I’m not even sure I personally know anyone called Sade” he said saying he wouldn’t mind finding a Sade very soon.