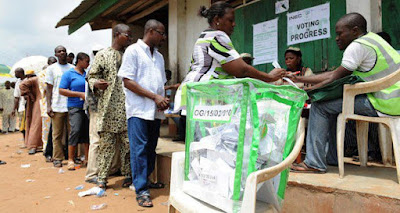 The United Progressive Party (UPP) has alleged of plot by the All Progressives Congress (APC), to rig the forthcoming Anambra State governorship election scheduled for November 18, 2017.

In a statement on Monday, Mr. Uche Amaku, the Publicity Secretary of the UPP in Anambra State said the APC wants to win the election at all cost to give impression that Ndigbo had accepted the party.

He stated that “as if that was not enough, the ruling started the usual motions without movement on some infrastructure projects in the Southeast all in a bid to convince NdIgbo that it means well for the zone when in fact it maintains its indifference to Southeast through lopsided appointments.

“It should be noted also that while the APC continued its politics of deception towards the Southeast and Anambra State in particular, leaders of the party from the state continue to keep sealed lips over the activities of killer herdsmen that have been dislocating our people from their farms.

“However, the recent meeting of leaders at the Alor in Idemmili local government council has confirmed our fears that APC was under pressure to capture Anambra State by fire and by force during the November 18 governorship election.”

“To show the level of contempt to which the APC high command holds Anambra State, the party decided to assemble a high powered squad of election riggers and fugitives of the law as members of the so-called election planning and strategy committee.

“Worse of all, the eight man committee, which has a near zero membership from Anambra State, was mandated to monitor the election environment in the state as regards the 2017 governorship election and advise the zone on best ways and means of raising resources for the election.

“We in UPP are surprised that APC could not find an old member of the party worthy to be in the committee of riggers, but rather settled for an assembly of looters and political refugees that ran away from the anti-corruption searchlight being beamed on PDP.

“We therefore want to use this opportunity to warn these experienced electoral manipulators that UPP has set the machinery in motion to ensure that no illicit fund is used to finance the November governorship election.

“While the Economic and Financial Crimes Commission (EFCC), continues to entertain Nigerians with discovery of orphaned monies, we want to warn APC not to use Anambra State as a gateway for its political refugees to launder their loot.

“As part of its determination to stamp out all forms of political corruption, UPP has decided to lay good examples by ensuring that all funds for political activities go through the bank accounts of the party in the wards, local government and state chapters.

“We understand that the recent defectors to APC have been mandated to capture Anambra State as evidence that they are leading NdIgbo to the party, but we can assure the political contractors and their principals that NdiAnambra have decided to take their destiny into their hands.

“Above all, the participation of UPP in the election would make things a lot more complicated for those who think it would be business as usual in the state, because political mercenaries are no longer wanted in the scheme of things in Anambra State”, he further stated.