Allah Is Fake, He Is Not real, Prophet Muhammed Sold Idea To Arabs – Nigerian Man, Mubarak 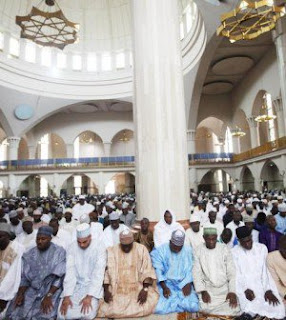 A Nigerian Muslim turned atheist identified as Mubarak Bala, has affirmed that there is no Allah, or any other god.
In a series of post on his Facebook Wall, Bala stressed that all gods were imagined by their prophets and that Allah was an imagination of the prophet of Islam, Muhammed.

Bala noted that the idea of Allah was sold to the Arabs by Muhammed and that those who disagreed with the prophet were killed during his time to hide the truth.

According to Bala, “Allah is not real. It is imagined by Muhammed and projected to gullible Arabs not smart enough to see delusion. Those that did, were killed as Kuffar in later jihads.

“Allah, Yahweh, Tsumburbura, Zeus, Amadioha, Krishna, Anubis, FSMonster, are all not real. We made them.

“Not only did imagined Allah not know what we humans and other animals use in thinking, this god, categorically described in many places in the religion, that he gave us hearts to think, hearts in our chests.

“That’s myself claiming I made Nokia, but say the battery is the processor, and also serves as the memory storage, as well as the brainbox. Never knowing about these things.

“The gods had only the level of knowledge of their claimants and prophets, because, the clueless guys, made them.

“Imagine if hell were real. These religious guys will be so happy seeing billions roasted.
“Such is our humanity. Enslavement to wicked imagined monsters called gods.”

Understanding the Proper Context of Jeremiah 29:11

Allah Is Fake, He Is Not real, Prophet Muhammed Sold Idea To Arabs – Nigerian Man, Mubarak