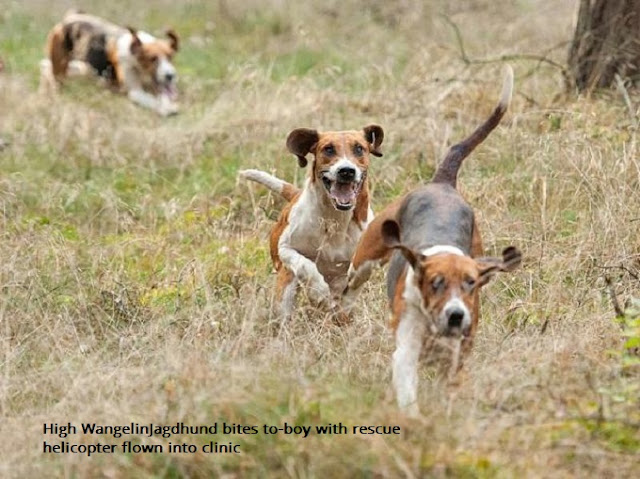 A hunting dog has bitten a ten-year-old boy in Hohen Wangelin (Mecklenburg Lake District). The child had been injured on Saturday on the upper arm and face, police said in the evening.
A rescue helicopter flew the boy to a clinic in Rostock. The ten-year-old, according to police, had been playing with the hunting dog on the keeper's farm with a seven-year-old when the incident happened. The animal had bitten at least three times. The dog owner had killed the animal "in the affect". Against him will now be determined.

Exactly when His Human Was Harmed, This Committed Pup Never Walked out on him
Work sensible figure and unhappy mine
Enlighten him concerning his dad