Explore The Meaning Behind The Roman Numerals Tattoo

You may have many times noticed Roman numerals in tattoos but failed to understand what they mean, especially if you’re not aware of what they represent. Well, that is the beauty of Roman Numeral tattoos; they leave you filled with curiosity and mystery. Roman numerals originated during the Roman Empire rule; hence, it is an ancient form of numbering. Many people tend to incorporate this style of numbering in their tattoos because of its uniqueness. 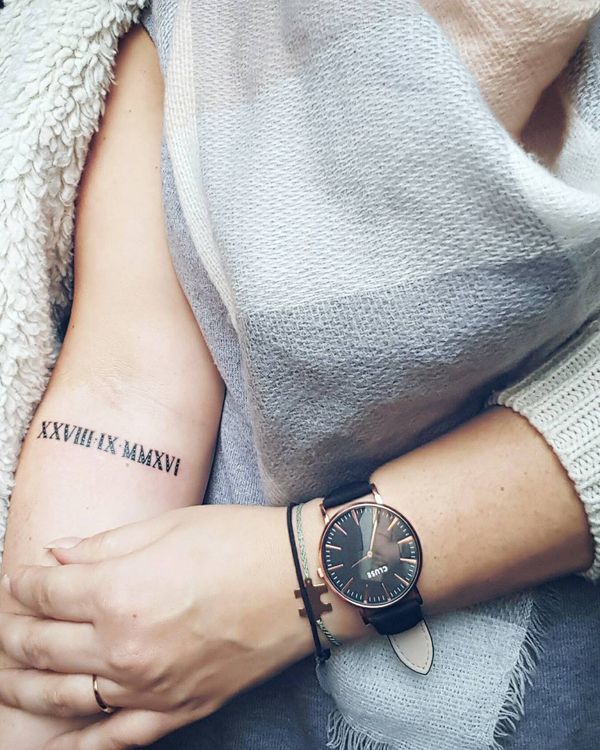 Tattoos give you the freedom to get as unique and creative as possible. So instead of using the standard form of numbering in your date tattoos or tribunal tattoos, you can add a unique touch by getting roman numerals. Roman numerals come with so many deep meanings that you can relate to in today’s time, and there are many ways to present these tattoos. All you need is the right guidance, and you will surely find that here. So to learn the true meaning behind these ancient and unique tattoos, you must read further below.

The Meaning Behind Numeral Tattoo

Before getting a Roman Numeral Tattoo, it’s best to understand the meaning behind them and what they really stand for. One of the most common and main meanings behind Roman numeral tattoos is mystery. If you’re the type of person who wants to keep the meanings behind your tattoo discreet, this tattoo is ideal for you. 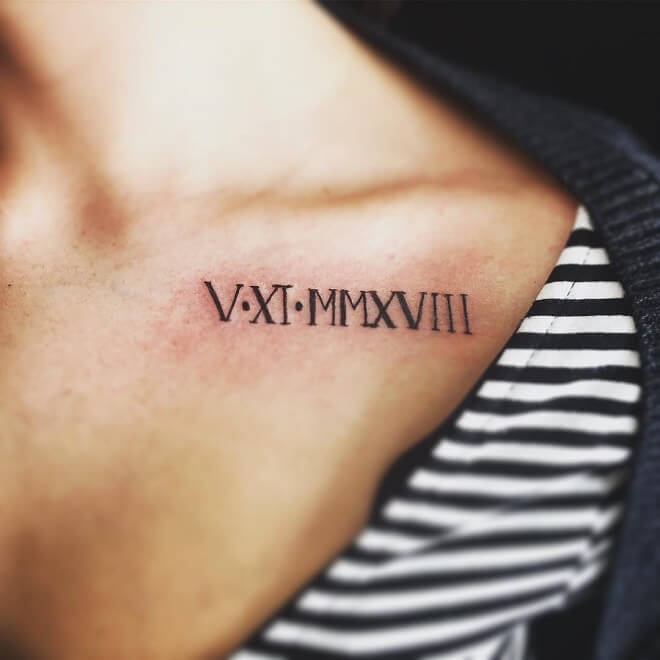 Outsiders who may come across your tattoo won’t understand its meaning, as not everyone knows what certain roman numerals mean. Hence, this leaves the other person curious and adds to your mysterious characteristics. This also speaks a lot about how you are as a person, showcasing how you like to keep things private. It tells you are more of a closed person, especially when it comes to telling people important things about yourself. 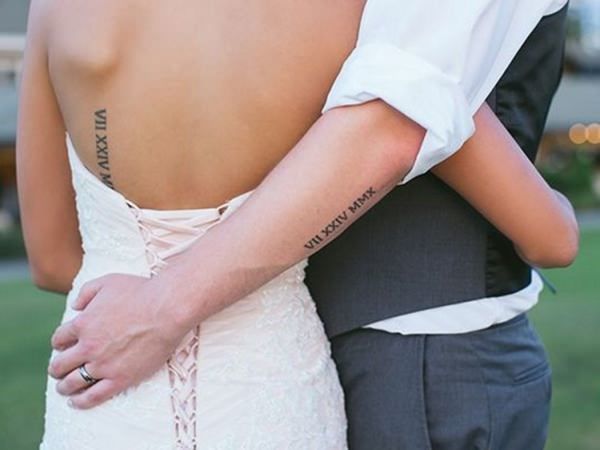 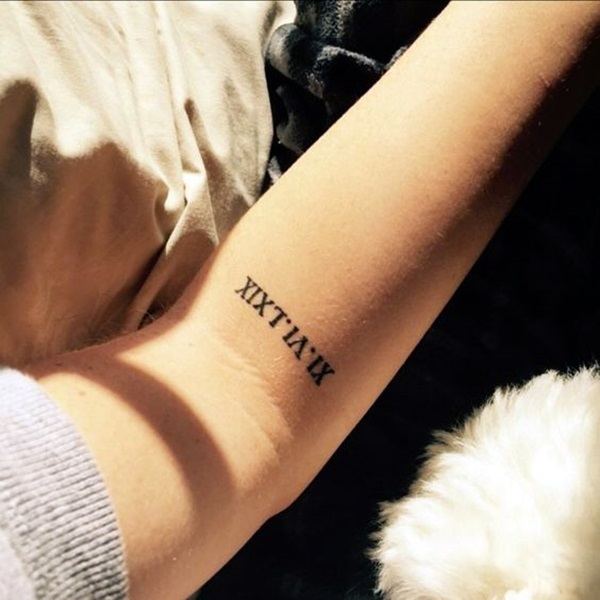 Another important meaning behind Roman numeral tattoos is dignity and importance. When you get an important date tatted in Roman numerals, this showcases the importance of the event that took place on that day. Or that number or date could mean something to you that may have saved you from something bad or brought upon good news. Many people get these tattoos to show the importance of old civilizations, such as the Roman Empire itself. 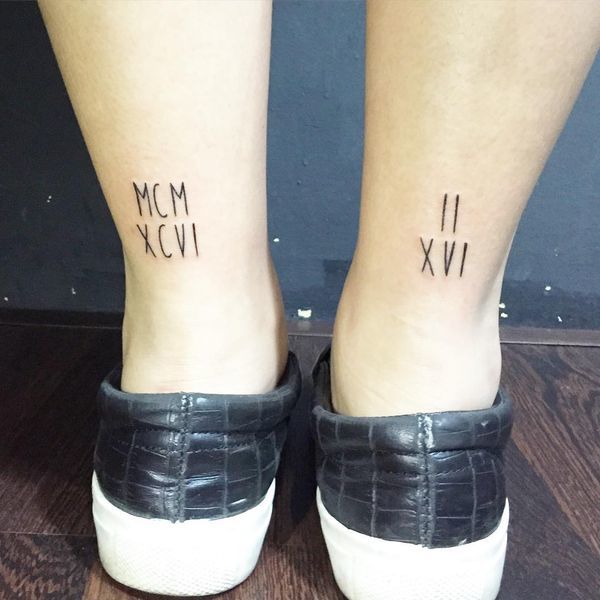 The Roman Empire has a rich history and is famous for many inventions. Not to mention, many people are still in love with the stories of the Roman Empire. Hence, if you want to show your love for ancient history, you must incorporate Roman numerals in your tattoo. Many people use these tattoos when they mention names of old emperors or an important figure from Hollywood or from the world of sports. 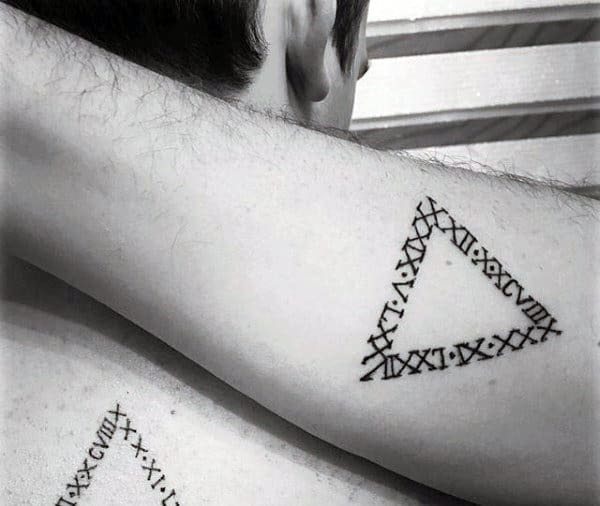 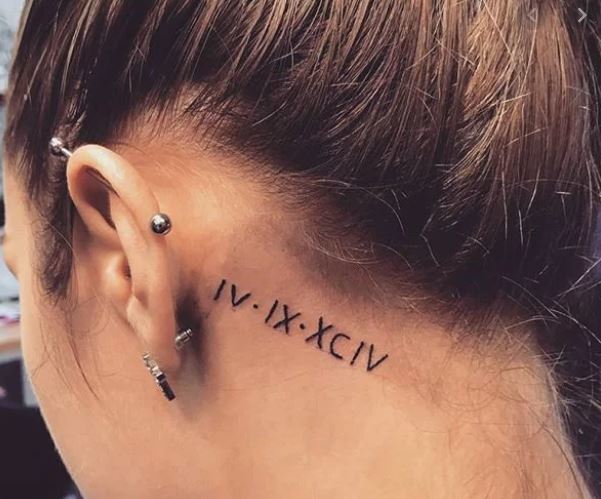 Roman numeral tattoos are known to give the wearer a feeling of respect and nobility, as these figures are quite ancient. If you want to sense this feeling, regardless of what other meaning your tattoo holds, you must go for it. Hence, your Roman numeral tattoo doesn’t even have to have a specific meaning, as no matter what type of numeral tat you get, you will still give out that vibe of respect and honor. 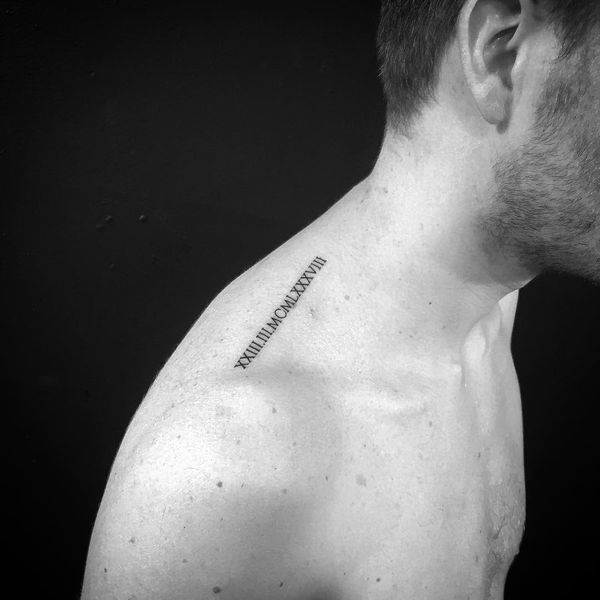 If you want to make your numeral tattoo more meaningful, there are different elements you can add that will help make it a powerful tat. You can add symbols or elements like infinity signs, birds, or even a portrait. This is a good way to make your tattoo more interesting and unique. All you need is the right ideas, and you can easily find those from below.

Roman numeral tattoos give you the freedom to get a tattoo on whatever part of the body you want. These tattoos are quite flexible when it comes to size and design. Before choosing an appropriate placement, you must be sure of the size, design, and your comfort level of showcasing the tattoo. If you want a large and prominent Roman numeral tattoo, you can choose placements like your arm, back, thighs, legs, and chest. You can opt for small Roman numeral tattoos as well, and the right placements for that would be your hand, wrist, fingers, feet, neck, or the area near your collar bone. 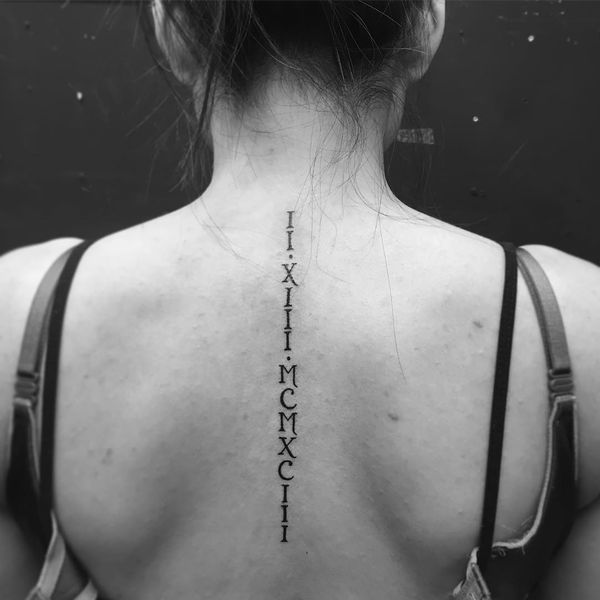 If you want to show the importance of someone who recently lost, you can get this tribunal Roman numeral tattoo. This tattoo consists of a date tatted in Roman numerals along with a foot and hand print tatted in black and grey. The Roman numeral in this tattoo can symbolize the name of the person and their death date. Along with the other elements, this tattoo is quite symbolic and holds great sentimental value. 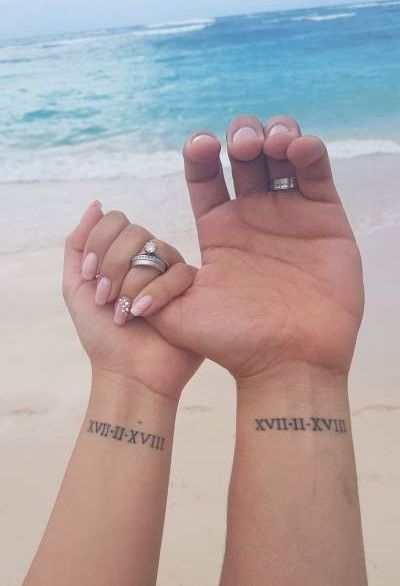 You can always get creative with your Roman numeral tattoo by going for this infinity Roman numeral tattoo. This tat includes a Roman numeral and a name tatted in the shape of an infinity sign in black ink. The tattoo artist has incorporated a feather along the infinity line, which adds more to this tattoo, making it more meaningful. The specific date or name you choose in this design will symbolize something everlasting. 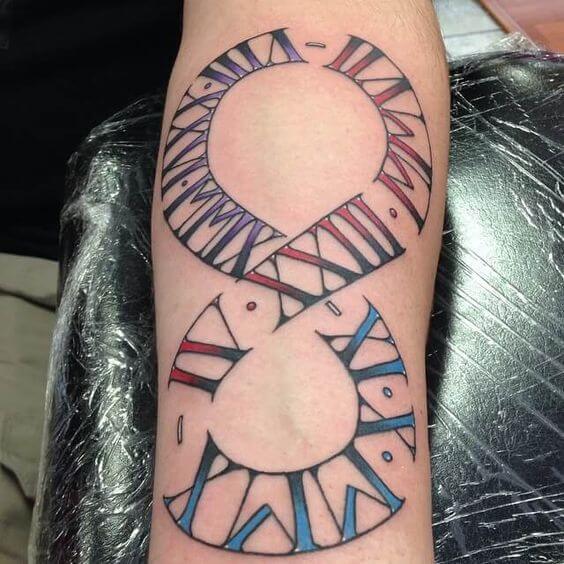 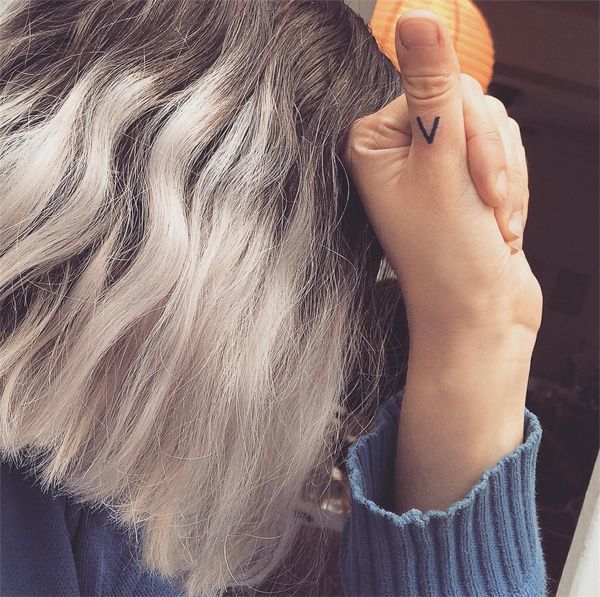 The post Explore The Meaning Behind The Roman Numerals Tattoo appeared first on TattoosWin.

Explore The Meaning Behind The Roman Numerals Tattoo