Hyenas are creatures that have survived for several years and are known for their devil-may-care attitude and high-pitched laugh. It’s very common for people to get Hyena tattoos these days, especially if they find the nature of this animal very interesting. Read on to know how people regard hyenas, the meaning behind hyena tattoos, and different tattoo ideas that involve this animal. 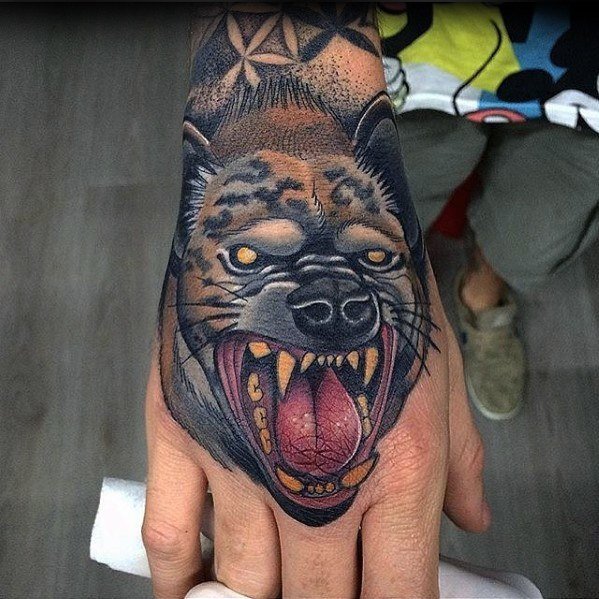 History of Hyenas and how People See Them

It is unfortunate that hyenas have a tarnished reputation over the years. The same applies to hyena tattoos as well. According to African folklore and traditions, people believe that these animals are rotten to the core. 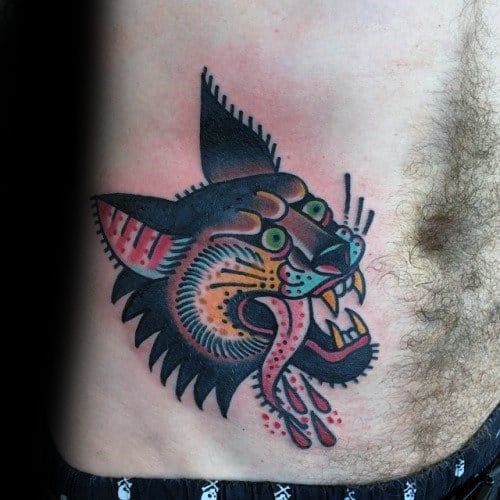 This negative image might have begun during prehistoric times. Striped and spotted hyenas preyed on early human beings. In fact, this very practice of scavenging carcasses and hunting humans is why humans started considering hyenas to be despicable creatures. In some areas of Tanzania, when a hyena yowls during the night while a mother gives birth to a child, legend says that the child will become a thief when they grow up. In  West African mythology, people saw hyenas be immoral and dirty animals that conspire with witches. 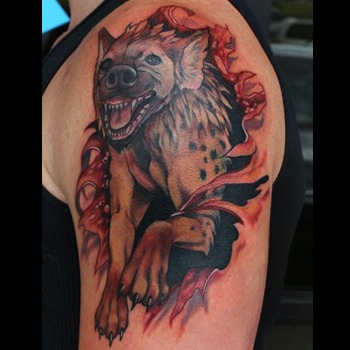 In the Middle Eastern region, communities the elderly think that hyenas as the incarnation of djinns that the world has corrupted. Al-Doumairy, a prominent Arabic writer, portrayed hyenas as vampires that lurked during the nighttime and sucked blood from brave and valiant folks. This might account for the common notion that hyenas are coward creatures. Even Jewish and Christian traditions hold these creatures in low regard.  The hyena’s constant laugh is prevalently regarded as a sign of its stupidity and low intelligence levels. 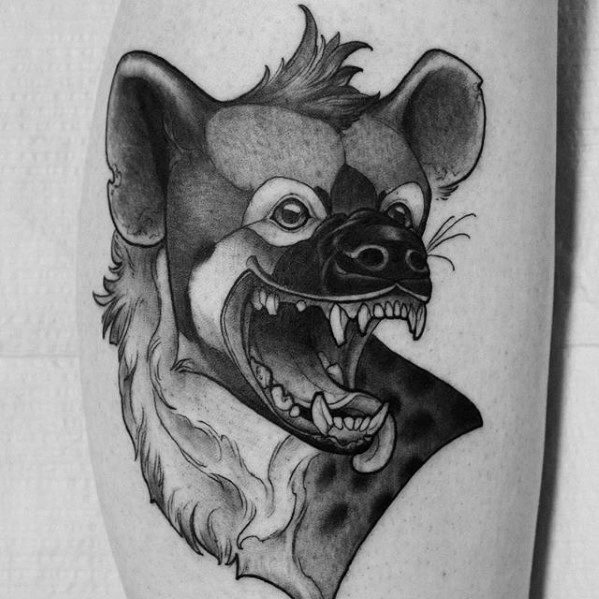 On the flip side, some people regard hyenas quite differently. For instance, in some rural regions of India, Afghanistan, and Palestine, people slaughter hyenas to create love potions for lonely individuals, despite the fact they have a poor reputation. 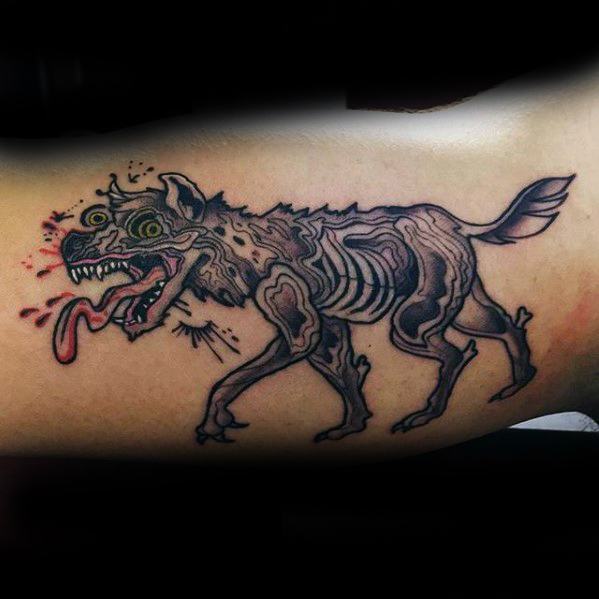 An interesting question to ask is if hyenas deserve most of this reputation? Some people strongly people that hyenas are not as they appear to be on the surface. Moreover, they hope that most of society’s misconstructions and negative myths will gradually fade away when people begin seeing this animal in a positive light.

The Meanings behind Hyena Tattoos

Hyenas often have negative meanings associated with them. It’s common to see people associate the animal with cowardice, immorality, death, and impurity.  Let’s not forget that in some cultures, they are symbolic of stupidity, corruption, and betrayal as well. 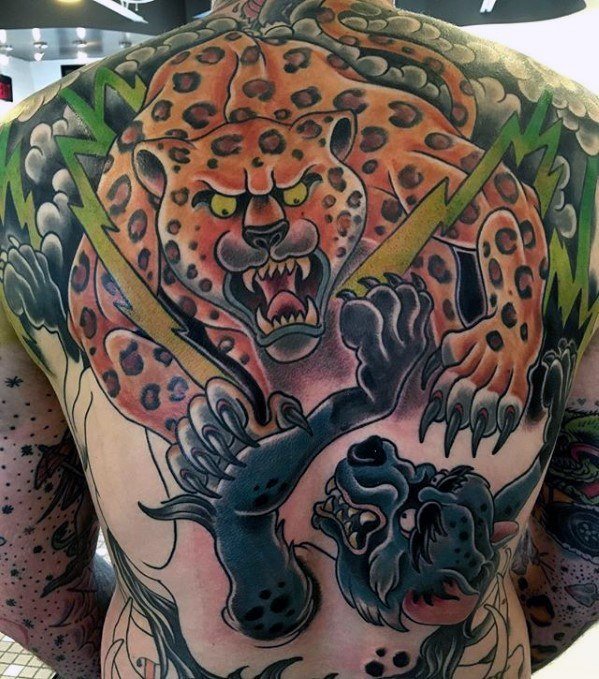 On the other hand, in some cases, people give a positive meaning to the animal’s existence as well. Occasionally, hyena tattoos symbolize that the person is grabbing a good opportunity. Moreover, in some parts of Afghanistan and India, people consider hyenas to be symbols of fertility, virility, and warmth. Hyena tattoos are also perfect for some enthusiasts who tend to feel misunderstood in the world. 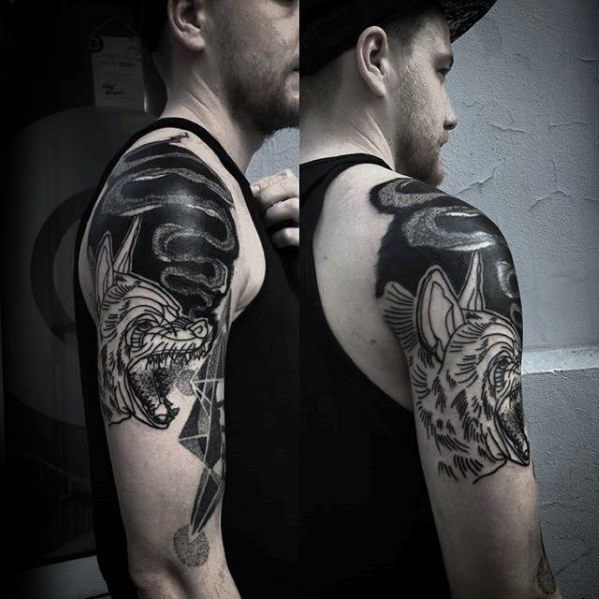 That being said, it’s no secret that most meanings associated with hyenas are negative. This makes you wonder why individuals prefer to have hyena tattoos on different parts of their bodies in the first place. 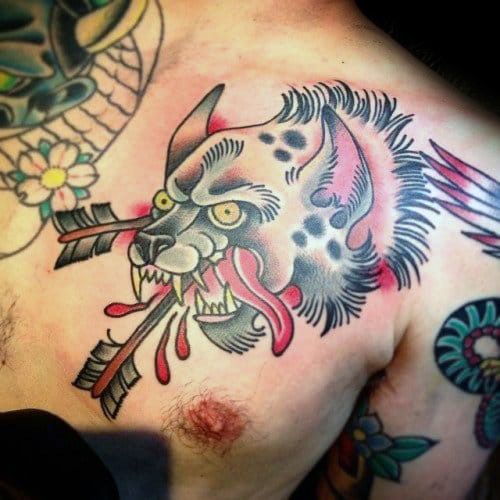 If you make the decision to have a hyena tattoo on any part of your body, you should prepare yourself for several strange encounters. For instance, it’s likely that people will ask questions, talk negatively about your tattoo, or will outright disapprove of it. However, it is important to bear in mind that this particular tattoo ought to have a special and unique meaning just for you. If you know what your hyena tattoo symbolizes and its meaning aligns with your traits and personality, there is no reason for you to worry!

If you are fascinated with hyena tattoos, keep reading to learn about some of the most common and popular hyena tattoo ideas. Most enthusiasts have these very same tattoo designs on different parts of their body such as arms, shoulder, etc. 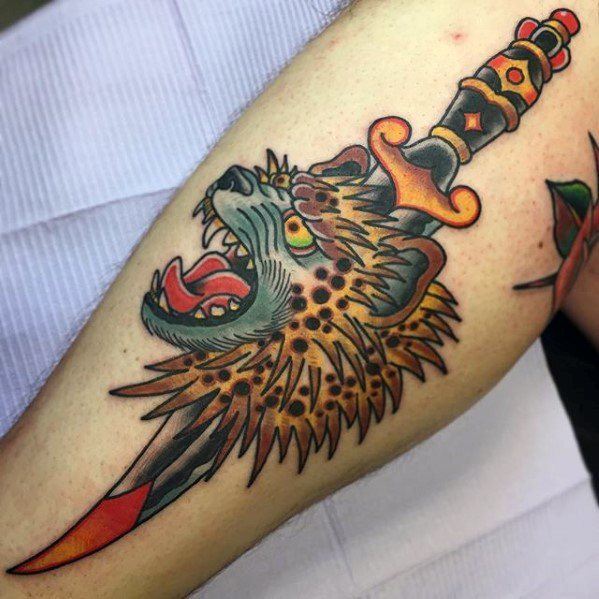 A laughing hyena is a fascinating tattoo design and usually has a positive symbolism. You ought to select this tattoo because it is a contrasting representation of hyenas’ typical nature. This is a great tattoo idea if you are a lighthearted and good-humored individual who is very fond of laughing. However, keep in mind that getting a laughing hyena tattoo does not always symbolize positivity. 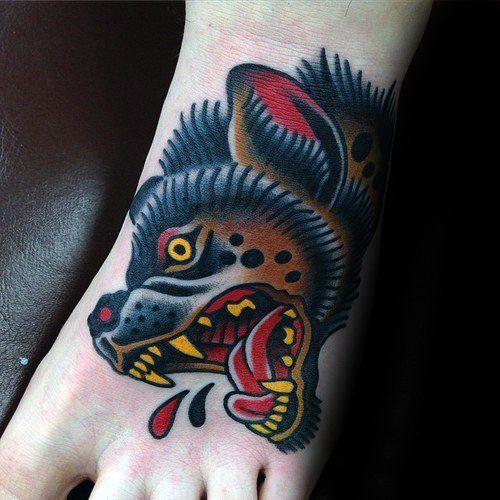 Sometimes, a hyena laughing might be ironic laughing. A hyena can be laughing because it is going to catch its prey very shortly.

Hyena tribal tattoos are very popular tattoos these days. It is highly recommended that you select a tribal hyena tattoo if you do not like several details on your tattoo and if you want your tattoo in a conventional style. Furthermore, you can also pick a tattoo of a geometric hyena in which only the body of the animal is visible and not its face.

Tattoo of Hyena Primed to Catch its Prey

Tattoos of hyenas primed to catch their prey draw a lot of attention. In these designs, you can see the animal with its sharp teeth and open mouth.  This particular tattoo symbolizes your impurity, ferocity, and something wild that is lingering inside of you. In other words, the tattoo represents your wild nature. If you are someone who feels misunderstood in society, this tattoo of a fierce hyena will be a very good option for you. 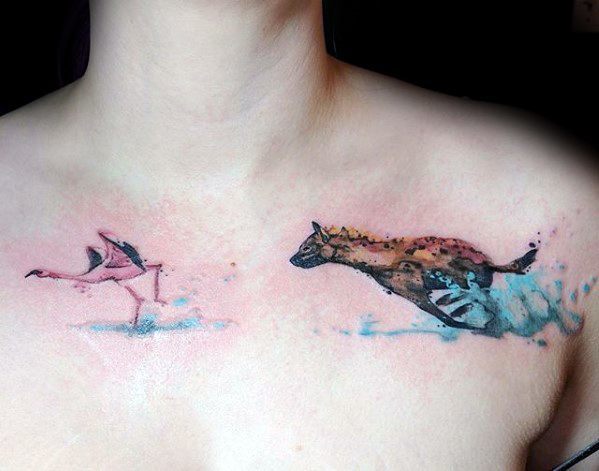 One of the most impactful and intimidating tattoos of this kind of tattoo is a sword piercing through the mouth and head of a vicious hyena. There is some blood on the hyena’s mouth as well as the sword.

Regardless of which design you pick, it is important that you make your peace with the fact that most folks do not approve of this animal and may question your tattoo choice. 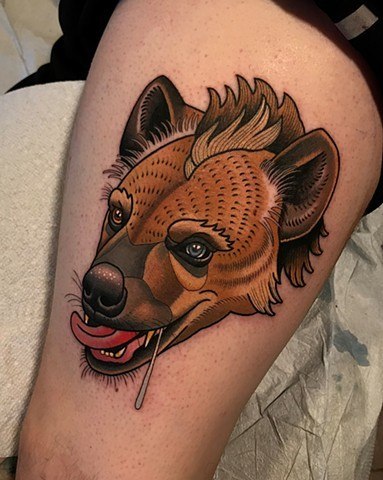 If you sincerely feel a hyena tattoo is just the thing for you, be sure to check out all the different designs to see which one strikes your fancy.

Empire of Language-What Shall We Do from China

Bonnie and Clyde – The Real Story