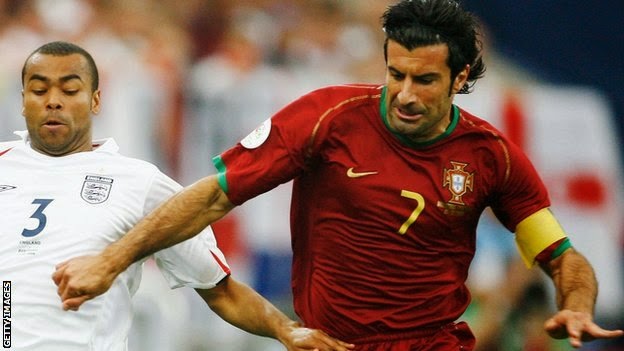 Portuguese great Luis Figo has become the latest shock candidate for the role of Fifa president.
The former Sporting Lisbon, Barcelona, Real Madrid and Inter Milan forward, 42, joins David Ginola in the race to replace Sepp Blatter as boss of world football's governing body.
Prince Ali of Jordan, Dutchman Michael van Praag and Jerome Champagne are also would-be presidential challengers.
Blatter has been Fifa boss since 1998 and intends to run for a fifth term.
"Football has given me so much during my life and I want to give something back to the game," said Figo.
"I look at the reputation of Fifa right now and I don't like it. Football deserves better. In recent weeks, months, and even years, I have seen the image of Fifa deteriorate.
"As I speak to many people in football - to players, managers and association presidents - so many of those people have told me that something has to be done."

THE HIDDEN HILLS OF CADAQUES
MIGOS: TAKEOFF SHOT DEAD IN HOUSTON A…
Best PS5 Games Deals and Offers with …
Spicy Onion Dip Served In Football Br…
‘Game of Thrones’ ended with a thud. …
All potential candidates have to register their interest in standing before Thursday's deadline.
According to Fifa electoral committee member Dominico Scala, all confirmed challengers must pass an anti-corruption test.
Figo played 127 times for Portugal and won the Champions League with Real Madrid in 2002.
He also won the Ballon d'Or in 2000 and was Fifa World Player of the Year in 2001.
In 2000, he made a controversial move from Barcelona to bitter La Liga rivals Real Madrid for a then world record fee of £37m.

Figo was one of Real Madrid's Galacticos, alongside the likes of Roberto Carlos, Ronaldo and Zidane