Ubi Franklin blasts Alex Ekubo for disagreeing with him 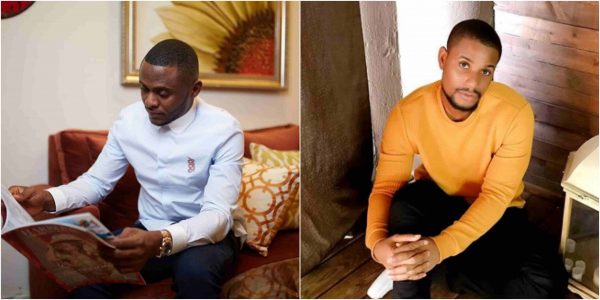 Music executive Ubi Franklin has put actor Alex Ekubo on blast after the latter countered his statement on social media.
In a post Ubi Franklin updated on his page, he had advised his followers to be wary of motivational speakers who have the tendency to mislead them through their sweet talks.

How Universal Basic Income Gets Attra…
Window Shopping in Historic Downtown …
من هو مخترع مانعة الصواعق
Biology Notes PDF Download In Hindi S…
Bra Alex – No Sika Duro (Prod By Chen…
In his reaction to the post, Alex Ekubo wrote that Ubi is a major player in the motivational speaking industry and this didn’t go down well with the Made Men Music Group CEO.
Expressing his disgust towards Alex’s comment, Ubi replied saying he never expected such disgusting statement from him.
See the exchange below:

Well, this same statement might have not gone down well with some of his followers who also stormed the comment section to express their views.
See some reactions below:

*** I think you need to sit down and start speaking to yourself to zip up your tourser before you become a public mockery.peace

*** There are some type of people i see on ig, just love to be like them, this man i haven’t seen him before but i wanna be like him….
*** U seriously inspire me…. And by God’s Grace I shall make it to the top… Thank you sir

Lolli Comments about its Relationship with Alibaba

Ubi Franklin blasts Alex Ekubo for disagreeing with him