#BBNaija: Reason why Mike might win the game – Nigeria Athletics 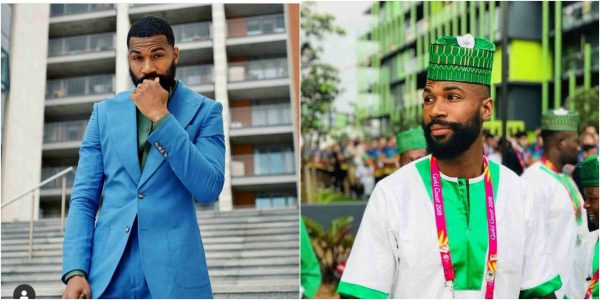 A certain page on twitter Nigeria Athletics has stated the reason why Big Brother naija housemate Mike win the reality TV game show.
Mike who is an athlete himself and has represented Nigeria at the Olympics is tipped to be the winner of the show over what they consider as his level of discipline, which they claimed he got from his rigorous sports training.

A Comparison of the Environmental Imp…
Things To Do In Copenhagen
Boston’s Fidelity: A new face of the …
Lady And Her Man Take Pre-Wedding Pho…
AS THE AMAZON BURNS - Brazil's Presid…
Read The Full Post:
Here’s a thread on why his stay is important for the Nigerian Athletics brand:
Mike is arguably the most disciplined housemate in #BBNaija2019He has proven so far that one of the key characteristics of being an athlete, which is discipline rubs off on your everyday life.He’s not faking it, it’s what his body has undergone different training to adapt to.
Sports + Entertainment = Sports Business. To make money in sports, there has 2be an infusion of entertainment. Mike is proving the fact that u’re into sports, doesn’t mean u can’t try other things. He’s a CEO, an elite prof athlete & now an entertainer. We need more of his kind
Even @Bet9jaOfficialknows this, that’s why they invested in being the major sponsors. At the end of the show, brands will want to work with Mike to be the major figure in these two industries.And this will uplift the marketability of the Nigerian Athletics brand. #BBNajia
For the past 5yrs, the AFN has struggled with getting sponsors for the sport.Infact in Dec 2018, they named @TeniEntertainer& @iamdbanjas faces of Athletics in Nigeria… (No sports connection).If Mike wins, we’ll surely have a new face to promote & attract major sponsors.
Need we say he’s also a role model to young athletes & motivation to the seniors. Best Erhire (R) finished 3rd behind him at the 2018 NSF. Today, Best is African U18 Champ & National Senior Champ. He’ll be Nigeria’s sole high jumper at the African Games, in the absence of Mike.
And to those thinking Mike will no longer be an athlete after the show, u’re wrong.The dream of every athlete is to compete at the Olympics. #Tokyo2020 is next year & Mike will be training very hard to qualify when he’s back.Just imagine a #BBNajia winner being an Olympian😉!
If #BBNajia winners were not decided on votes, then Mike has all the characteristics & genuine reasons to win.The past winners haven’t put Nigeria on world news for a positive cause, here’s a chance to have one.Thanks to everyone that keeps voting for Mike, u’re the MVP’s😉🙌

Mike entered #BBNajia house unknown to most Nigerians, but known in the athletics scene.
We've received messages why we shouldn't encourage his stay & we should stick with our norm of athletes news.
Here's a thread on why his stay is important for the Nigerian athletics brand: pic.twitter.com/i2UazOZQkl
— Nigeria Athletics (@NGAthletix) August 5, 2019

#BBNaija: Reason why Mike might win the game – Nigeria Athletics