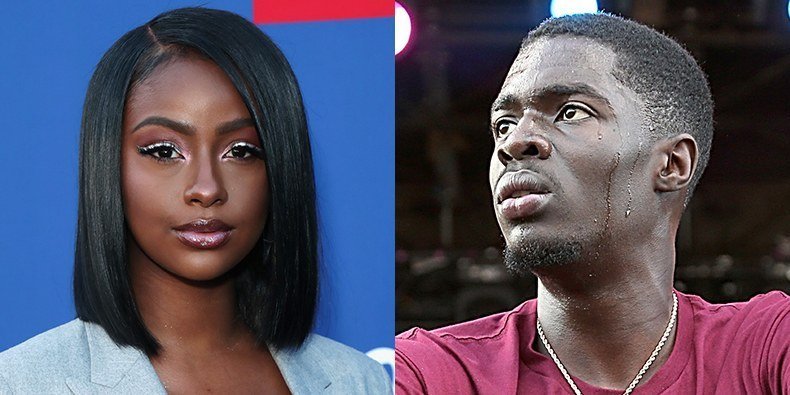 Justine Skye has taken to her Twitter to refer to her ex Sheck Wes as her “abuser,” adding that he and a group of men stalked her and her friends and then attacked them.
“You’re pathetic Sheck and you beat women,” the singer wrote. “You hit your girl before me and you’ll do it again.”

CBD 2020: What to Expect + Our Top Pr…
Bitbay to Break Relations with Monero…
Recruiter of the Month: Anthony Dare
The Best Time To Visit Colombia 2020 …
The Stories Behind 10 Rock Band Logos
And she said a lot more;

Taking a walk with my friends and my man and Sheck Wes (my abuser) and his friends decide to STALK US and attack my friends.. two cars full of niggas while he sat in the car like a bitch. You’re pathetic sheck and you beat women. You hit your girl before me and you’ll do it again
— Justine Skye (@JustineSkye) February 12, 2019

You’re pathetic... and all the people defending you, ya whole bitch ass label.. everyone. You spreading lies about me. Moral of the story is, if you never put your hands on me.. you wouldn’t be in this situation and you just keep making it worse.
— Justine Skye (@JustineSkye) February 12, 2019

And this comes three months after she opened up about experiencing domestic violence in an Instagram post, although she did not name names. “Recently I’ve had one of the scariest/heart breaking experiences in my life and it’s still hard for me to talk about,” she wrote. “I felt stupid, angry, depressed…blamed myself. Trying to figure out how someone who claimed they loved me so much could find such evil within themselves to hurt me mentally and physically.”
And in November, she wrote on Twitter, explaining why she never named Sheck Wes specifically. “I never said who it was because I knew it wouldn’t matter to a lot of you. That’s just the reality of it. But I made a video about it in hopes that it can inspire someone else get away [from] their abusive partner. That was my goal.”
Wes had yet to respond to the accusation as at press time.