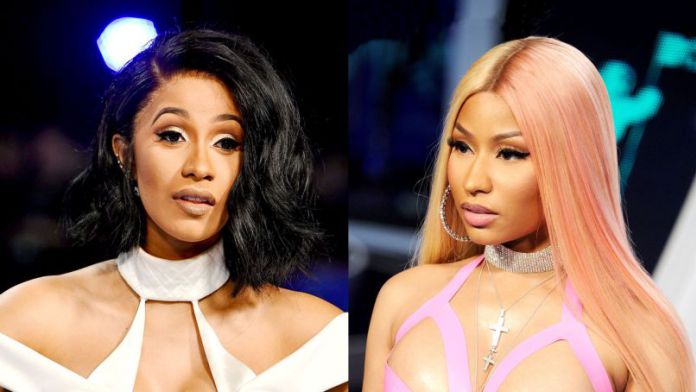 The fight isn’t over yet as Cardi B has reportedly called her female rapper rival Nicki Minaj a ‘Thot’ that sleeps with everybody.

In a screenshot of an alleged Instagram conversation between Cardi B and a fan obtained by MTO, the rapper vowed to outsell Nicki’s Queen album. She also called Nicki a bi**h, saying “That’s why Quavo outed her thot a** out. She be f***ing Everybody.”

1Fame x Cardi B – Corona Virus (Prod.…
Review: Crown of Feathers by Nicki Pa…
5 Luxury statement pieces you should …
2019 Grammys – Top Awards Achievement…
The Music That Moves
This is coming after Quavo, who is in the same rap group (Migos) with Cardi’s husband Offset, claimed he slept with Nicki Minaj in his new song Huncho Dreams.
Below is the screenshot of the alleged conversation: 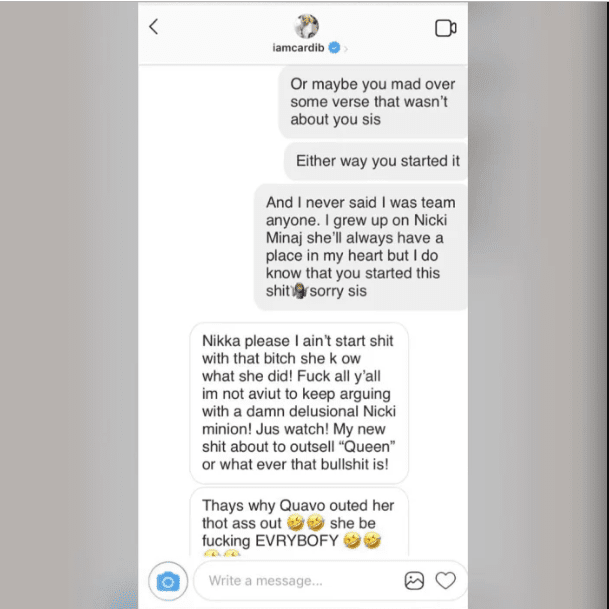