SEVEN DATASETS: Frederick Mont or Galerie Sanct Lucas in the Provenance of Artworks 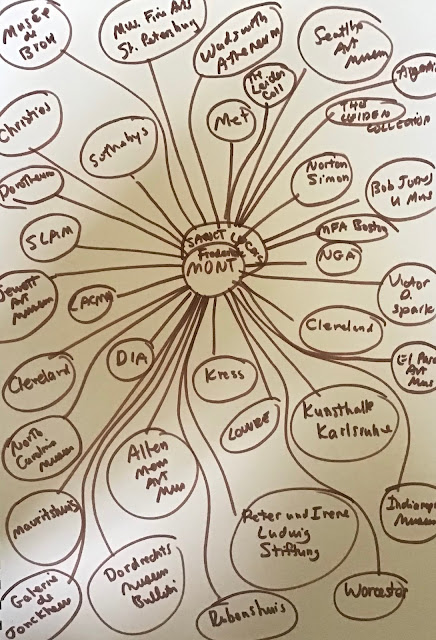 Frederick Mont (1894-1994) was an art dealer who sold artworks to dozens of major art museums and art collectors.

Mont is known to have worked with the Austrian Nazi SS art dealer and looter Bernhard Witke and was involved in selling at least two artworks looted from the Jewish collector Julius Priester, including the El Greco, Portrait of a Gentleman.

Mont also sold a forgery to Sherman Lee at the Cleveland Museum of Art as a Grunewald, but, according to the NYT, pigment tests conducted by the museum's conservator, Ross Merrill,  proved conclusively that the painting was a 20th‐century forgery.

The provenances of those artworks were falsified, with fake owners and entirely fake histories inserted into the texts.

Art historians, provenance researchers and scholars of the Holocaust should keep this context in mind when evaluating the ownership histories that have been published for artworks that passed through Mont's hands.

Mont was not an honest man. Everything Frederick Mont or his Galerie Sanct Lucas claimed about an artwork should be considered false unless it it proven to be true.

RKD: Frederick Mont mentioned in artworks at the RKD

Journaling to Enhance Productivity and Well-Being

Toronto’s Premiere Superhero Comic is Coming to an End

Why Is Mexico The Best Destination In The World?

Online Marketing Terms From A To Z: Everything You Need To Know

SEVEN DATASETS: Frederick Mont or Galerie Sanct Lucas in the Provenance of Artworks