Priyanka Chopra Once Again took to social media to share a picture with her hubby Nick Jonas. Leaving a note She wrote, “Life as it should be.” 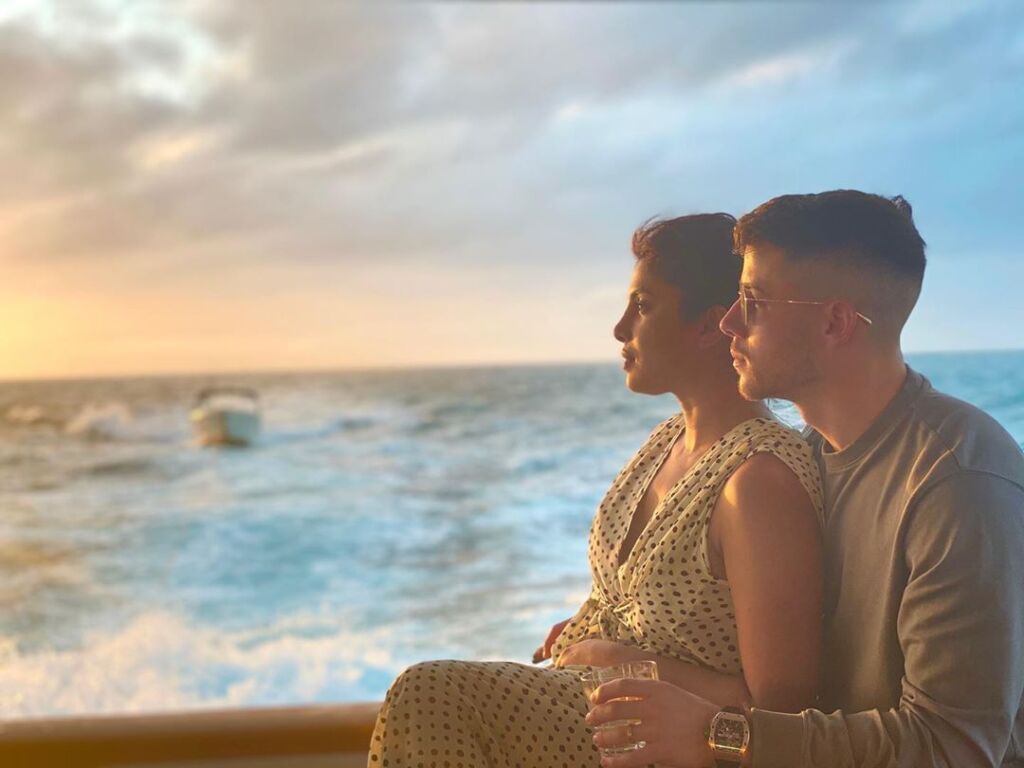 Priyanka and Nick celebrated their first anniversary on December 1 this year. The couple is seen many times sharing a beautiful bond with each other. In terms of their careers, both Nick and Priyanka achieved new heights. The rockstar collaborated with his bothers and belted out Suckers, a song that ruled the chartbuster for many weeks. Both of them keep their fans updated about their whereabouts on Instagram.

Priyanka Chopra celebrated Christmas in her in-laws’ residence. The couple celebrated the Christmas spirit decorating cookies and spending quality time with one another. Posting a perfect Christmas pic Priyanka wrote “It’s the happiest Christmas. From ours to yours. Merry Christmas.” And for his part, Nick captioned his post “Merry Christmas from us to you.”

Talking to a news channel Priyanka revealed that she’s ready to start a family with Nick. She said “I’ve wanted to experience motherhood since when I was 12 years old,” she said. “I love kids, I’ve always wanted to have them. And whenever it’s time, I’m sure it will.”