Is this really for Allah? 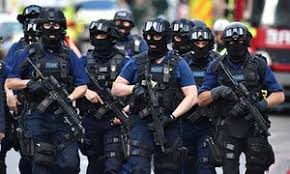 One of my closest friends, Raashid, is a Muslim. Whenever the kind of atrocity that was unleashed at London Bridge on June 3rd, 2017 occurs, Raashid would always insist that the perpetrators are not Muslims. He would insist that no true Muslim would lay into the innocent going about their businesses and stab them to death, chanting “This is for Allah”. This argument may make sense if we allow ourselves to accept that Islam is a religion of peace. The reality, however, is that the more these horrible acts of violence are committed in the name of their religion and Allah, and we don’t get convincing condemnation of the acts from top Muslims in authority, we struggle to know exactly what to believe.

Holiday Cards – A Brief History
Bikepacking - A Brief Introduction an…
Best Low Acid Coffees That Won’t Upse…
Top 8 Primewire Alternatives To Watch…
Tomcat Tompkins – Part 9
The statement by Harun Khan, Secretary General of the Muslim Council of Britain is welcome, but is very carefully crafted not to ruffle feathers. We need stronger condemnation of the terrorists and a clearer distancing of Islam from these people, if like my friend Raashid suggests, these people are not Muslims. If this kind of clarity is not achieved, there is a likelihood that people will continue to treat all Muslims with suspicion.
The perpetrators of the London Bridge attacks were killed without knowing for sure  if the attacks were for Allah or for their friends and family members killed during one of Britain’s interventions in an Islamic country. We have to look into the possibility that these are reprisal attacks avenging the deaths of loved ones. Generally nobody seems to care when hundreds and thousands of ordinary citizens in Iraq, Libya, or any other Islamic Country Britain and allies have attacked in the name of democracy or freedom for the people. We simply carry on because we believe that these are just collateral costs of the attacks. We forget that the dead have surviving relatives who may not share our political ideologies.
Nnorom Azuonye
04.06.17

Is this really for Allah?