Donald Trump Signals Willingness To Confront China Over 'One China Policy' If They Refuse To Negotiate On Trade, North Korea & Tax Policies 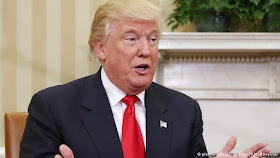 U.S president elect Donald Trump on Sundaysignaled his administration's intention to confront China by refusing to accept Taiwan as part of 'one China', unless the Chinese government reduces its tax rates on American products, creates trade reforms that favors the American people, and helps out in ongoing military operations against North Korea.

Trump angered Chinese officials and caused diplomatic controversy when he recently picked up a call from Taiwan's leader congratulating him on his election victory- making it the first time a U.S president or president elect recognized Taiwan as a country or even had a phone conversation with Taiwanese government since the time of president Richard Nixon.

The U.S has always recognized Taiwan as part of 'one China' since the time of President Nixon but Trump on Sunday revealed that he will question the 'one China' policy and refuse to recognize Taiwan as part of China unless China comes back to the negotiating table in trade agreements, importations & exportations that'll favor America and severs it's relationship with North Korea- an 'enemy' of the U.S.
"I fully understand the 'one China' policy, but I don't know why we have to be bound by a 'one China' policy unless we make a deal with China having to do with other things, including trade," Trump said on "Fox News Sunday" programme.

'I mean, look, we're being hurt very badly by China with devaluation, with taxing us heavy at the borders when we don't tax them, with building a massive fortress in the middle of the South China Sea, which they shouldn't be doing, and frankly with not helping us at all with North Korea," Trump said.

"You have North Korea. You have nuclear weapons, and China could solve that problem, and they're not helping us at all," Trump said.

'I don't want China dictating to me and this was a call put into me. I didn't make the call, and it was a call, very short call saying 'congratulations, sir, on the victory.'
"It was a very nice call. Short. And why should some other nation be able to say I can't take a call. I think it actually would've been very disrespectful, to be honest with you, not taking it."

Chinese government officials believe Trump's antics could even go as far as stopping China from doing trade with the U.S completely.

'Bilateral cooperation would be out of the question if it was compromised or disrupted."

"Adhering to the one China principle is the political bedrock for the development US-China relations,"

Donald Trump Signals Willingness To Confront China Over 'One China Policy' If They Refuse To Negotiate On Trade, North Korea & Tax Policies