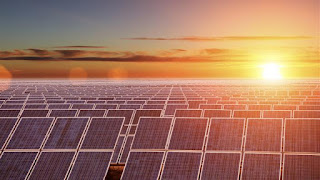 As the generation of electricity via fossil fuels becomes less reliable and more expensive, many countries are exploring renewable energy options to guarantee their supply. Solar power generation in its various forms is a very attractive prospect, particularly in areas that enjoy long hours of sunshine. However, it can be difficult to decide which form is the most suitable. To that end, here are some of the benefits of Distributed Solar Power, Large-Scale Solar Photovoltaics, and Solar Thermal.

20+ Camping Activities For Kids To El…
Ocean Currents Like Earth Could Be on…
تحويل الطاقة المتجددة الى كهرباء
Distributed Solar Power
While photovoltaics and thermal describe the method of converting sunlight into other types of energy, distributed solar power refers to the location of that process; in this case, as close to the point of consumption as possible.
Its advantages are, firstly, that it avoids the energy loss traditionally experienced in the transmission and distribution of electricity, as these steps are no longer necessary. This also saves money. Any heat created during generation can be utilised to decrease wastage.
The decentralization of production allows for fluctuations in demand, especially where storage systems are in place. It provides individual households and business flexibility and independence from the main grid, potentially avoiding blackouts and other problems.
Although there is an initial cost, it pays for itself over time in the savings made from decreased reliance on a power company.
Large-Scale Solar Photovoltaics
Photovoltaics, or solar panels, are a common choice for solar power. This is due to their increasing efficiency and reducing installation cost – given the economy of scale, large-scale solar photovoltaics - also known as solar farms -  are approximately half the cost of residential solar. Innovations in technology, and large-scale production in countries such as China, means that it is more cost-effective than ever, with prices of the energy produced nearing that of the wholesale prices charged by fossil fuel power plants.
Solar farms produce jobs in a variety of areas, from maintenance to operations, and they can be placed on land that is unsuitable for most development. This land, which includes closed landfills, is often close to towns and cities, cutting down on transmission infrastructure and its cost.
Solar Thermal
Solar thermal can refer to a wide range of applications of heating, and even cooling. When just considering energy generation, the most efficient method is Concentrated Solar Power (CSP). CSP plants are smaller – they use less land and have a lower environmental impact and expense. The heat storage is also more efficient, storing more energy per unit of fluid, which allows for production of electricity outside of hours of direct sunlight, therefore creating a more reliable system that can generate power 24 hours a day.
Finally, solar thermal plants can re-purpose existing equipment already made in large-scale industry, such as turbines, which lowers the cost of installation.
Each form of solar power has its advantages, whether it is cost, flexibility, or efficiency. When selecting one, the best choice is the one that gains the desired outcome.