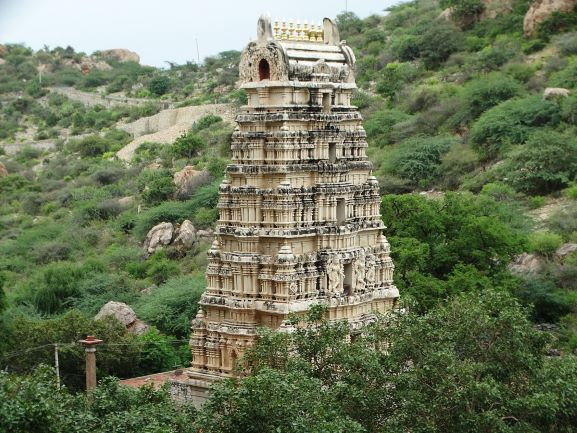 Yaganti Temple is among one of the mysterious temples of India. Its mystery lies in the fact that there is an idol of Nandi, which grows. I will tell you about this in a while.

This temple is dedicated to Lord Shiva and Goddess Parvathi. The temple is situated in the Kurnool District of the Indian state Andhra Pradesh.

In this article I will tell you about the timings, some interesting facts, and Growing Nandi.

Some Interesting Facts about Yaganti Temple

1. Yaganti Temple was firstly made for Lord Venkateshwar

Because of this reason Agastya Muni was sad. And then he started doing penance ( Tapasya ) of Lord Shiva. And then Lord Shiva appeared in front of him.

Also, Lord Shiva told Agastya Muni that this place is good for him.

Therefore Agastya Muni asked Lord to stay at Yaganti Temple. So, from that time Lord Shiva and his wife Parvathi are said to reside here. And this is the reason why this temple is dedicated to Lord Shiva and Goddess Parvathi.

There is a staute of Nandi, which is growing one inch in every twenty years.

According to archaeological department, the statue of Nandi is made from the rock which grows. There is not a clear explanation about this yet.

But, legends says that when the kalyuga will end, this statue of Nandi will grow so much, that it will get blast.

There is a pushkarni (temple tank) in Yaganti Temple. The pure water of this pushkarni comes from mountain and is split out through statue of Nandi.

Here is the image. 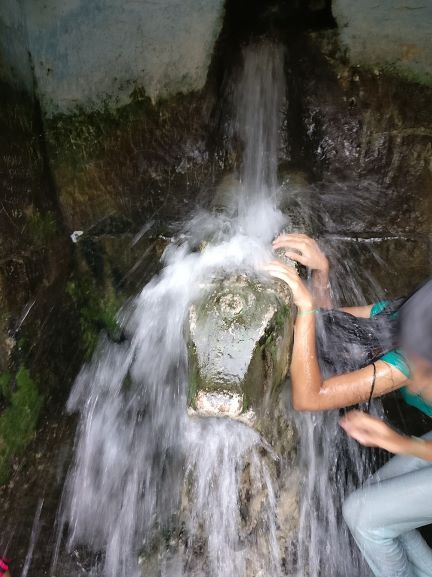 4. The Water of Pushkarni in Yaganti Temple 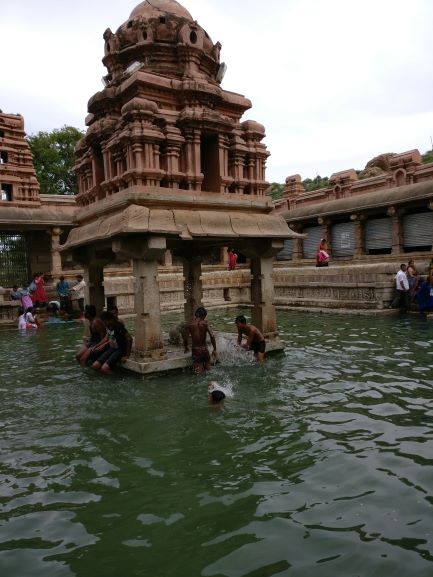 People believe that this pure water of Pushkarni can release you from any disease.

At a distance of 100 meter from Uma Maheshwara Temple, or Yaganti Temple , there is a cave known as Venkateswara Guha (cave).

This cave has damaged idol of Lord Venkateshwar which was made by Agastya Muni.

You can also go there, to pay your respect to Lord Venkateshwar.

A night spent in India’s most haunted place ( Bhangarh Fort )

If you need any information about this place, you can ask us in the comment section. We will give answer to every question.